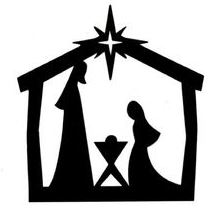 We usually think of Christmas as a time of wonder at Jesus’ birth, yet that is only one of its meanings. ‘Mary’s Story’ is a play about another key theme, that of inclusion. The story of the Nativity is told from Mary’s perspective, as she remembers the key events of the Annunciation, the shepherds, the innkeepers, and the Magi. She remembers, with surprise, the story of the Magi, who were not Jewish or followers of the Jewish religion. Yet God sent the star to them. She remembers the angels singing to the shepherds, even though shepherds were at the lowest social rung in that culture. God sent the stars and the music to heaven to those who were on the outside…the excluded…the lost causes. The Nativity story shows that God doesn’t make distinctions between people, and neither should we. This is a key message of the Nativity to a war-torn world that is so in need of community and peace. The manger is a place that all of us can call ‘home.’