Latest Sermon :
Online Sunday Service: What Have We Grown Used To?
- Posted on 21 Feb 2021

Continue to Worship With Us Online in 2021!

Join us as we worship online each Sunday morning. Our service premieres on YouTube at 9:30 a.m. You may find us on the New Hanover Presbyterian Church YouTube Channel, or on our Facebook site, or here on our website. We are also offering devotionals Mondays, Wednesdays, and Fridays, also found on YouTube.

Welcome from Our Pastor 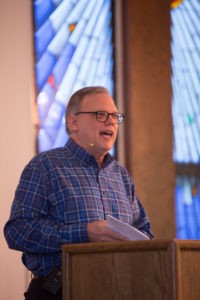 As we begin 2021, things are, as they have been for a year now, still out-of-kilter. If anything, we, at New Hanover, have learned that adaptability is the name of the game! As of March 10, 2020, we had resolutely refused to even think about having video service broadcasts. Until we had our first live-streamed service on March 15, 2020. For some months now, we have had a YouTube channel (which I didn’t know was a thing until April 2020) with well over 100 videos of services and devotions. We had always featured our human connection heavy ministry as one of our greatest assets at NHPC. Now, people reflexively shy away from handshakes and hugs. Sunday morning was the time you got up early, scrubbed up and came to church. We are still at church on Sunday morning, but, for more of us than we would probably like to admit, we go in our favorite chair in the living room, dressed in our pajamas and with a hot cup of home-brewed coffee in our hands.
We know that will soon change, perhaps as early as late spring (keep praying). But the adapting will not stop there. Maybe one of the worse mistakes we can make right now is to assume things will be like they where on March 14, 2020. In fact, the world changed. A lot of it was pretty bad, but we learned many valuable things about ourselves and our society as a result.
One of the things we learned is how our faith helps in crises – both big and small. Our faith in Christ is one that is to lead us to the next thing, always – to doing away with things that separate us from God and one another and to constantly seek to be a better disciple of Jesus Christ.
Being a disciple means that we take on ourselves the disciple associated with loving, obeying and following Jesus Christ. That is what we do here at New Hanover. I think we have learned, over the past years that nothing is ever a sure thing in this life, so we have to depend on God. And although God is always the same, us humans are as changeable as… well… humans! Our knowing and following God is always subject to change because the  there is a constant process of having the old, inadequate and partial ways we thought we knew God get swept away and replaced with something that we hope is closer to reality. Disciples know that this whatever this is will eventually become inadequate too, to be swept away and replaced with something better than that.
We invite you to join us at NHPC. For now on YouTube, but soon, we pray, in person as well. If you are looking for a place that loves God, is taught by the Scriptures and able to changed by God’s Spirit more and more into the image of Jesus – you’ve found it. 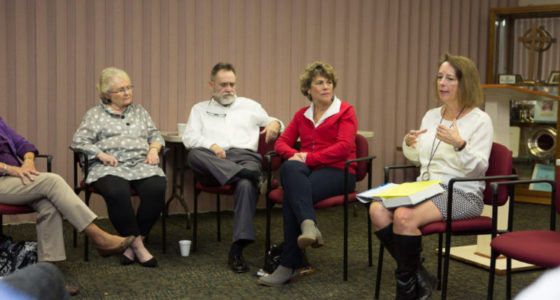 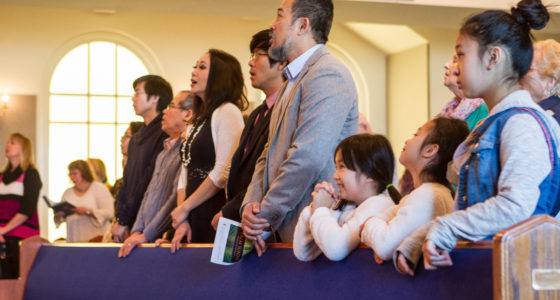 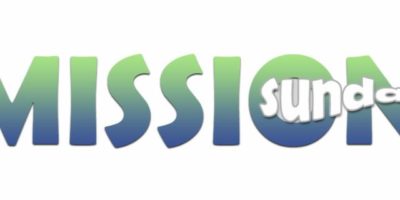 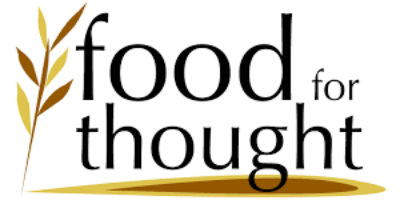 Food for Thought Sunday – First Sunday of the Month 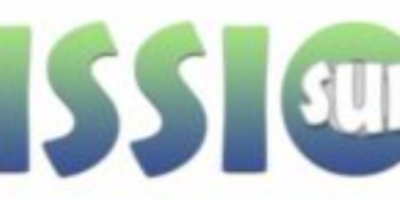 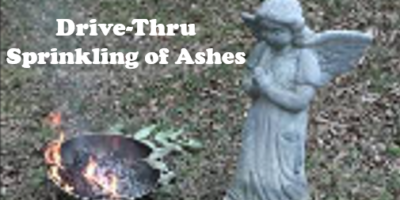 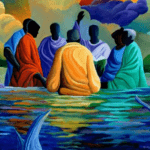 Online Sunday Service: What Have We Grown Used To? 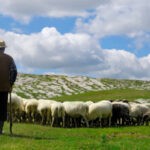 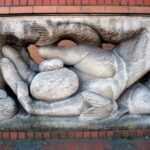 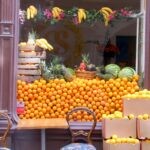 New Hanover Presbyterian Church
Join us for worship! We premiere at 9:30!

NHPC Virtual Worship February 28, 2021
The resurrection Jesus promises is not only for the future. We are In Christ today!
youtube.com
View on Facebook

For our Monday meditations, we have begun a series on ‘early church life,’ as found in the Book of Acts.

Meditations on the Early Church: Witness

Acts 16:16-30: One day, as we were going to the place of prayer, we met a slave-girl who had a spirit of divination and brought her owners a great deal of money by fortune-telling. While she followed Paul and us, she would cry out…But Paul, very much annoyed, turned and said to the spirit, “I order you in the name of Jesus Christ to come out of her.” And it came out that very hour. But when her owners saw that their hope of making money was gone, they seized Paul and Silas…bringing them before the magistrates, they said, “These men are disturbing our city”…They threw them into prison…Suddenly there was an earthquake, so violent that the foundations of the prison were shaken; and immediately all the doors were opened and everyone’s chains were unfastened. When the jailer woke up and saw the prison doors wide open, he drew his sword and was about to kill himself, since he supposed that the prisoners had escaped. But Paul shouted in a loud voice, “Do not harm yourself, for we are all here.”

Trust is a funny thing. It’s usually earned, by keeping promises, remaining loyal to one’s friends, and showing up in times of distress. You are not born a trusted friend, you become one. Such people are not flashy or even charismatic, but they stand beside you come rain or shine. They pick you up after falling. They walk with you, even in “the valley of the shadow of death.” For this reason, their friendship is valued above all others.

It took me a long time to learn about trust, but I’m a jailor and I can’t trust anyone. All I see, day and night, are thieves and murderers. And to a person they confess that they didn’t do it. I remember a particular thief, named Cleptos, who was caught with the jeweled necklace of a senator’s wife, which he had stuffed into a small pocket inside his cloak. When the guards questioned him, he said that it wasn’t his cloak. The guards then raided his home, and found an even larger stash of stolen jewels, at which point he said that it wasn’t his house. Then the guards raided one of his shops, and found even more jewels, and, of course, he said that it wasn’t his shop. At some point, you just stop believing in people.

So, one day they brought me these two inmates called Paul and Silas, for “disturbing the peace of our city.” Seems like a minor charge, so I asked the guard what they did.

“They ruined some rich man’s business.”

“They did an exorcism.”

I must have smirked at this, for the guard gave me a nasty look. “Mind your own business, if you know what’s good for you.”

“Now look here,” I said with my hands on my hips, “I’ve heard lots of stories in this place, but I’ve never heard of anyone being thrown in here for doing an exorcism right.” I paused, remembering another case: “Now we did get a fellow some time ago who claimed to heal people with exorcisms and magics, but he must have botched ‘em, cause his patients didn’t get no better.”

“These men did the exorcism right, for sure, but now her owners can’t make profit off their girl’s prophesies…and they are plenty angry.”

At this I stepped back in surprise. “Why would anyone keep a girl from getting cured? Only a monster would do this to a child.” I paused, and added with a snort: “They should be the ones put in jail…these men are heroes!”

But the guard had taken all the cheek from me that he could stand. He rolled his eyes, turned on his heel and trapsed back up the stairs. I was still pretty steamed, for I have a daughter, and simply couldn’t image anyone being this cruel to her. Still, I must do my sworn duty to lock these two up. So I walked this Paul and Silas deeper into the dungeon and threw them into an empty cell. But then I whispered, so that the other prisoners couldn’t hear: “I am truly sorry.”

As the evening rolled into night, I ate my dinner…which was far too large…as my missus is just convinced that these cold nights will do me in. Only instead of getting cold, I got sleepy. And so, by the second watch of the night, I was nodding off. I got to my feet and stomped around for a while, but when I went back to my chair, I went dead asleep.

I was awakened by a violent shaking of the chair and table, and even the ground underneath my feet! I fell to the floor, fearing that the columns would fail and the roof would entomb me in my own jail. After these terrifying moments passed, I looked down the hall…only to find that the doors of the jail were all open…and again felt terror. For the Roman law is clear: if your prisoners escape, you take their place.

So, this is how my short life comes to an end…killing myself because an earthquake wrecked my prison. I drew my sword in order to finish what the earthquake had started.

I didn’t recognize the voice, but I was willing to stay my execution for a minute longer.

Of course, this is absurd. But when I turned to look, I saw all my prisoners standing in the hall, with Paul and Silas holding them back. I’m not sure what happened next, but I found myself at their feet, crying like a child. I would live to see the sunrise and my wife and my kids. They had saved me from death, even as they condemned themselves to prison time.

I’ll admit that I don’t understand these two. They saved a girl from a life of suffering, and they saved me from my own death. Yet they didn’t do it for reward or praise. They acted because they believed it was right. They showed the life of God. And in that moment, they gained my trust…not by a long string of loyal acts, but by an act so true that it could only be understood as divine. I turned to them and asked the only thing that really mattered:

You have sent us out as your ambassadors.
Our actions are what the people see,
and what is attributed to the church.

Some see Christians as angry people
who fight anyone who is different from them,
demanding carbon-copy uniformity of all.

Some see Christians as moralistic people,
who look down on others as failures,
while lifting up themselves as ideal.

Some see Christians as weak people,
who refuse to stand-up for what is right
in order to please everyone.

But you, our Lord, are kind and strong,
seeking justice laced with mercy,
and purity tinted with gentleness.

May our lives be well-molded by your Spirit,
so that the world sees your character in us,
and instead of trusting in us…

Turns to trust in you.